A submarine is a watercraft designed for independent submerged operation underwater.

The primary defense of a submarine lies in its ability to remain concealed in the depths of the ocean. Modern submarines are built with an emphasis on stealth. Advanced propeller designs, extensive sound-reducing insulation, and special machinery help a submarine remain as quiet as ambient ocean noise, making them difficult to detect. It takes specialized technology to find and attack modern submarines.

A concealed military submarine is a real threat, and because of its stealth, can force an enemy navy to waste resources searching large areas of ocean and protecting ships against attack.

The development of submarine-launched ballistic missile and submarine-launched cruise missiles gave submarines a substantial and long-ranged ability to attack both land and sea targets with a variety of weapons ranging from cluster bombs to nuclear weapons.

If you are interested in upgrading your fleet with a submarine, please let us know at sales@mts.international 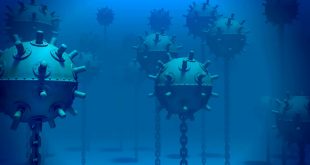